In our science lesson this week, we were investigating what happens to water when it changes its state. We carried out three investigations to observe the different processes that take place as the water changes state.

We looked at what happens to an ice cube when you add salt to it. The children soon noticed that the ice cube with salt on it melted faster than the one without. Jack was able to tell us that it is like on an icy morning when people put grit on the ground to clear the ice. We discussed how grit has salt in it to help melt the ice.

The children also observed what happens when a kettle is boiled. They saw the water vapour coming out of the kettle and then we looked at how it condensed back to a liquid again.

Our final investigation was to look at what happens to an ice cube when it is placed over warm water. The children could see the water vapour rising off the warm water so the liquid was changing into a gas. It then condensed onto the cling film at the top, changing its state back to a liquid again. They could also see the ice cube on top was melting so it was changing state from a solid to a liquid. 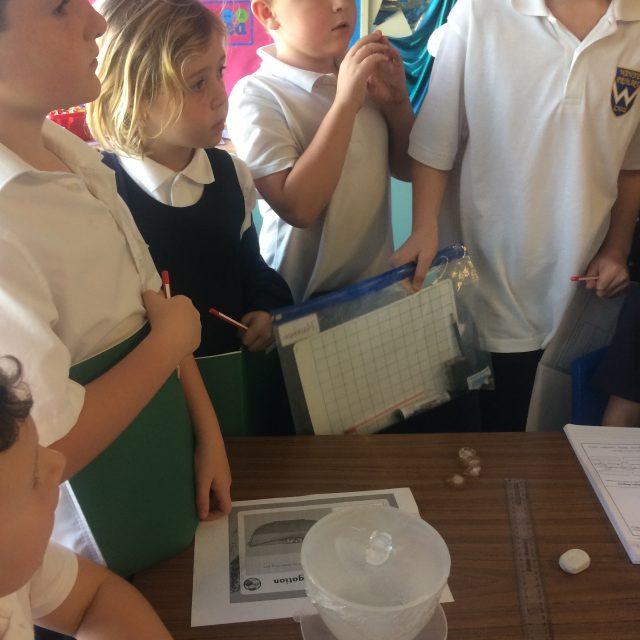 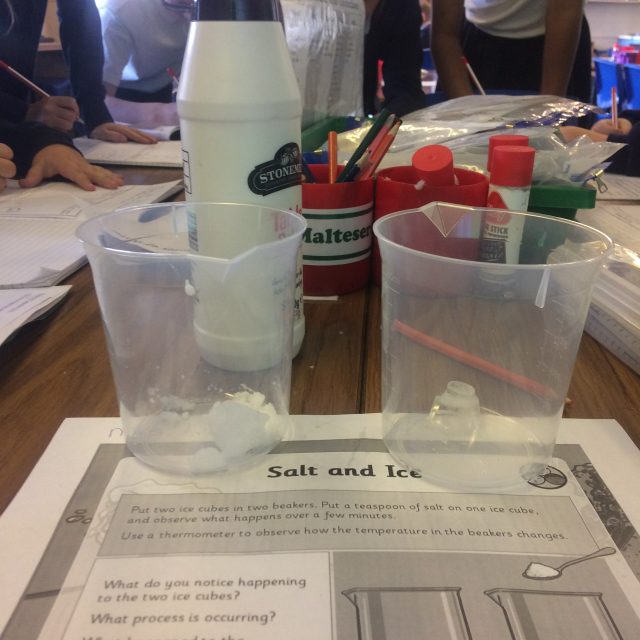 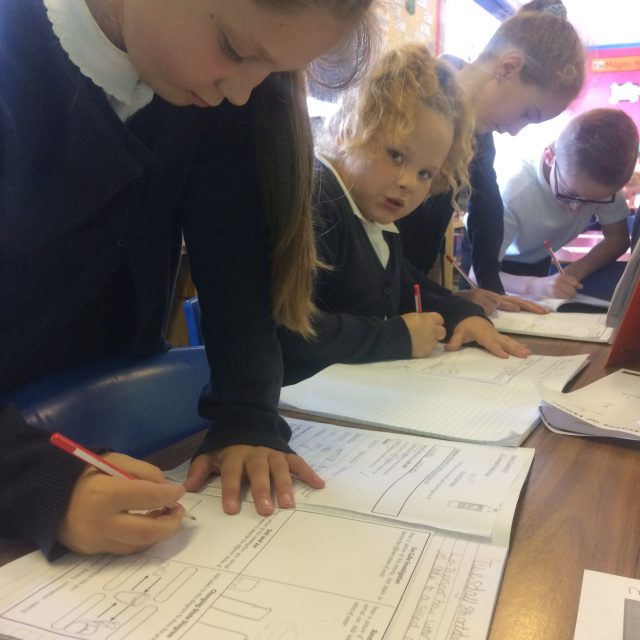 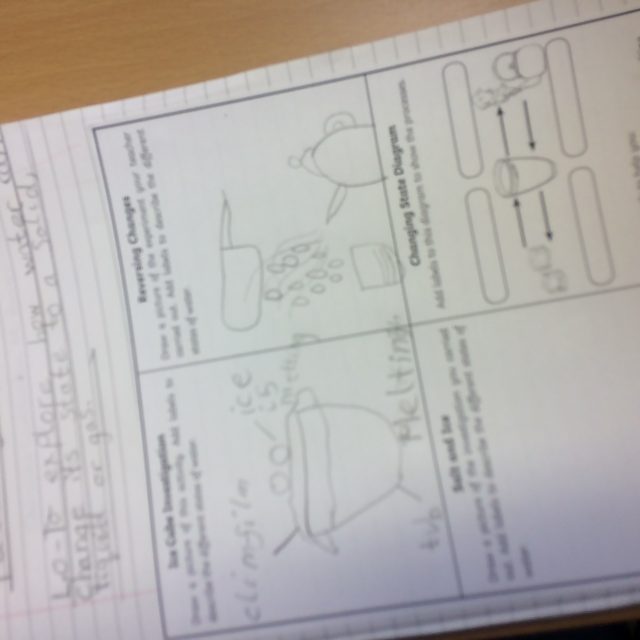 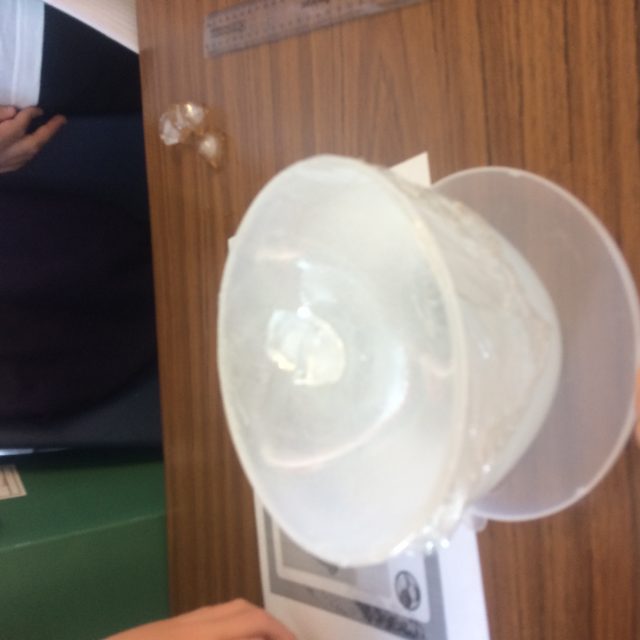 As part of our learning about solids, liquids and gases in science, the children carried out a comparative investigation to find out how much carbon dioxide was in a bottle of fizzy pop. We wanted to find out which drink was the fizziest!  The children made a prediction about whether there was more carbon dioxide in cola, lemonade, cherryade or limeade.

We talked about how we would make sure our investigation was fair. We decided that we would need to make sure we used the same amount of liquid, stir the liquid for the same length of time and use the same scales to weigh the liquid.

The children started by weighing the drink.

We then stirred it to make it go flat, we noticed that there were less bubbles in the liquid now.

The next job was to weigh the liquid. We now had to use our maths skills to find the difference of the weight before and after we had stirred the liquid.

We had very mixed results in each group but most children found out that the lemonade had the most carbon dioxide in it so it was the fizziest drink. 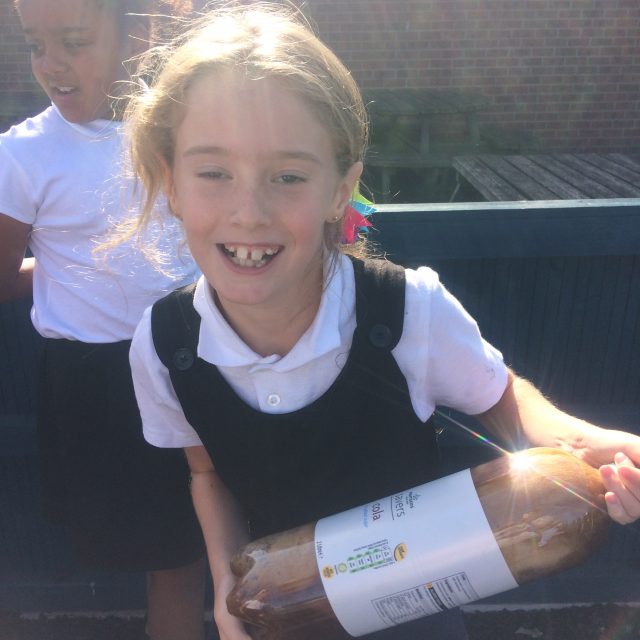 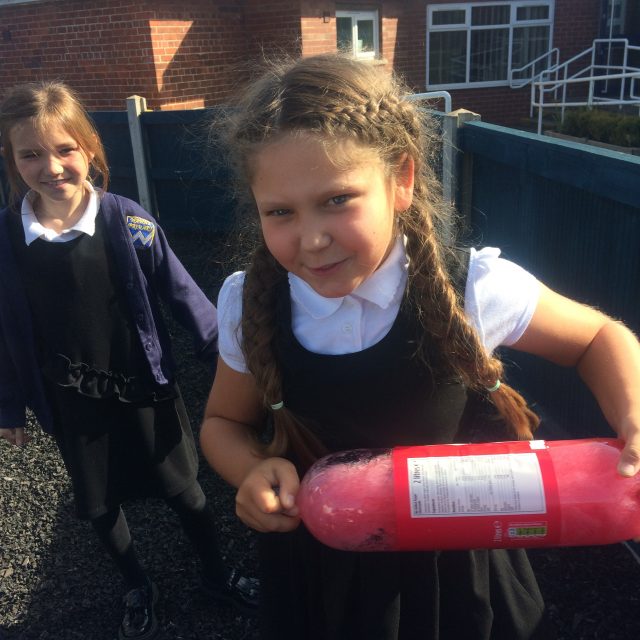 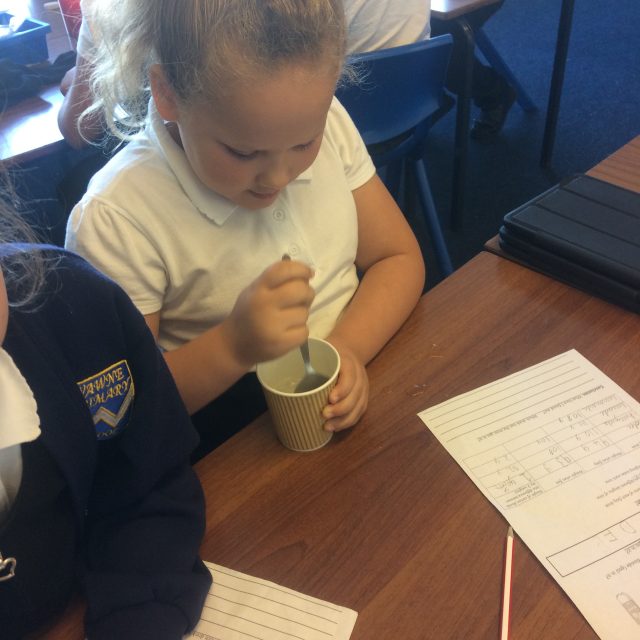 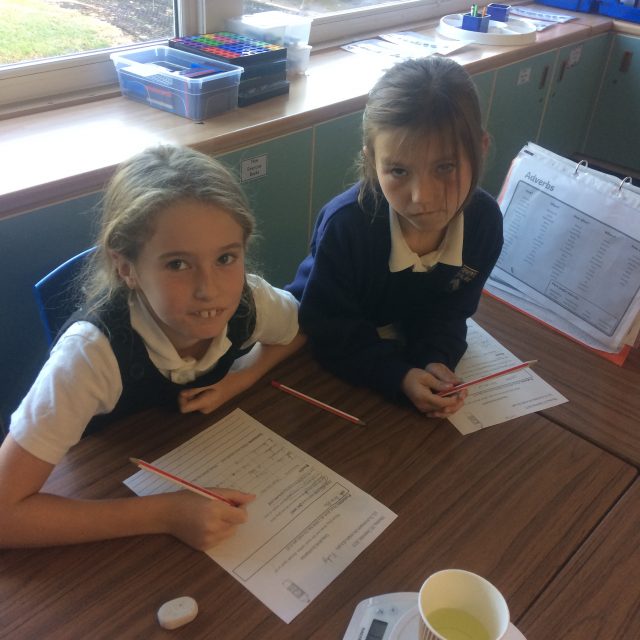 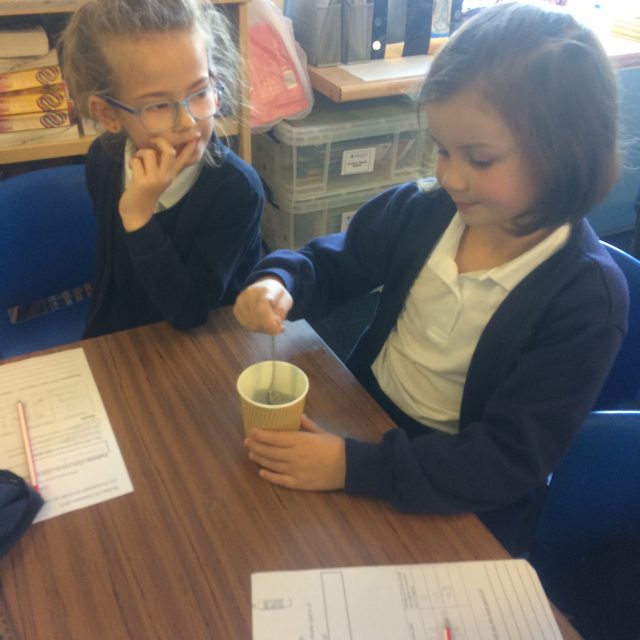 Class 2 have been learning about where chocolate originally comes from. We will be learning about the ancient civilisation of the Maya. We discovered that the Maya used cocoa to make a chocolate drink. They called the drink xocolatl.

We made some xocolatl to taste. We mixed together cocoa, chilli and cinnamon. Next, we mixed in some warm milk. We had to mix it well.

When the children tried the drink there were mixed opinions about the taste! Some children thought it tasted delicious, others thought it was too spicy and bitter.  Maybe you could have a go at making at home for the whole family to try. 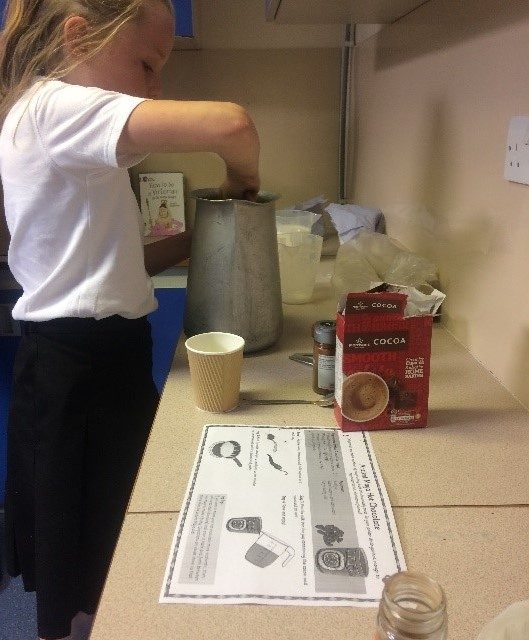 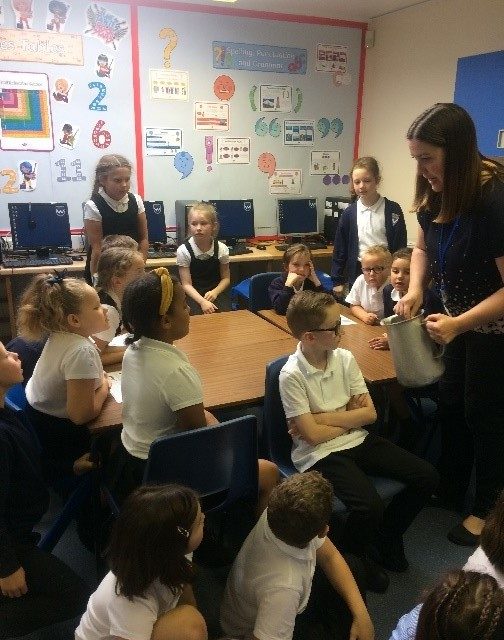 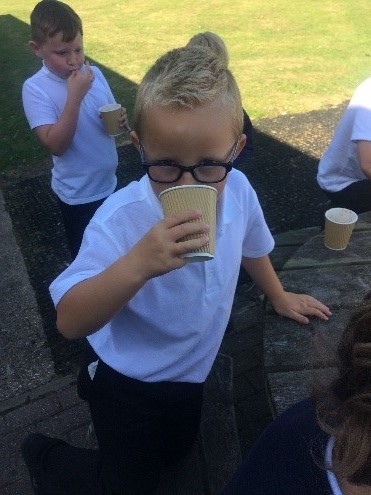 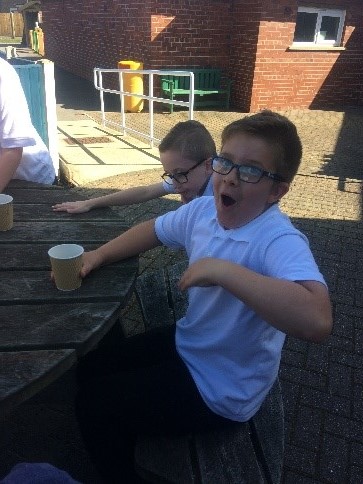 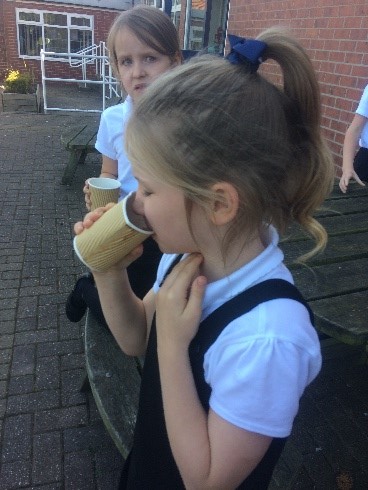